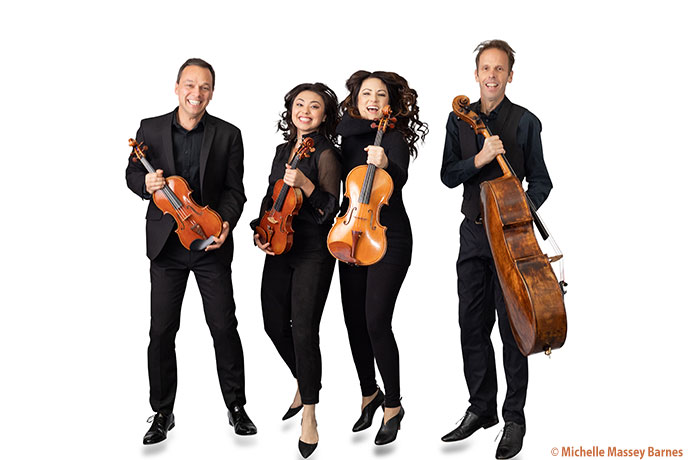 Describing one of Carpe Diem String Quartet’s recent performances, The New York Times exclaimed, “The Carpe Diem players turned in a fiery and flexible performance that was astonishingly free…” New York Theatre Guide asserted, “This ensemble must be held in only the highest and most reverent esteem…” Happily for us, this boundary-breaking chamber ensemble will be appearing at the Rocky River Chamber Music Society’s last concert of its 60th season on Monday, May 20 at 7:30 p.m. in the astonishingly clear and pristine acoustics of West Shore Unitarian Universalist Church in Rocky River. The ensemble will be performing contemporary works as well as Dvorak’s String Quartet in G Major. Also included will be a World Premiere commissioned by the RRCMS.

Carpe Diem seeks out and is sought by musical artists from many different genres including guitarist Willy Porter, klezmer clarinetist David Krakauer, cellist Yo-Yo Ma, banjo virtuoso Jayme Stone, and world master of the Persian santoor Dariush Saghafi. The quartet is dedicated to community engagement and to changing the concert experience of chamber music. Founded in 2005, the quartet has performed across the country and in Suntory Hall, Japan.

Carpe Diem’s first violin is Charles Wetherbee, who gave his first public performance at the age of six and has performed throughout the world since then. He is a devoted chamber musician and is an assistant professor of violin at the College of Music, University of Colorado at Boulder. Carpe Diem’s second violinist, Marisa Ishikawa, has music degrees as well as a B.S. in Accounting. She has worked with such artists as Rachel Barton Pine and Glenn Dicterow as well as the Takács String Quartet. She is also co-founder of the chamber music festival Austin Camarata. Violist and composer, Korine Fujiwara, is a founding member of the Carpe Diem String Quartet who holds degrees from The Juilliard School and Northwestern University. She has been named as one of Strings magazine’s “25 Contemporary Composers to Watch.” Strings also wrote, “…her quartet writing is very democratic, with solos for everyone; her solo violin writing is fiendishly difficult.” The Quartet will perform Korine Fujiwara’s composition written in celebration of RRCMS’s 60th anniversary. Cellist Gregory Sauer holds the positions of principal cello of the Tallahassee Symphony and assistant principal of the Colorado Music Festival Orchestra. Praised for his versatility, Sauer has performed in recitals, with other chamber ensembles, and with orchestras. In 2006 he was appointed to the music faculty at Florida State University.

In this its 60th anniversary season, Rocky River Chamber Music Society remains firmly committed to presenting concerts to Northeast Ohio audiences at no admission charge. All are welcome. For further information call 440-333-4296 or email us at info@rrcms.org. 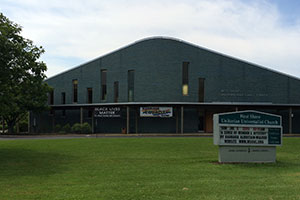 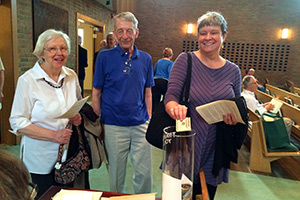