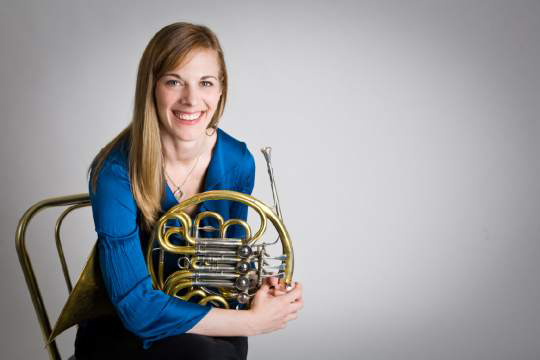 Both the Cincinnati Symphony Orchestra, founded in 1895, and The Cleveland Orchestra, founded in 1918, have long musical traditions deeply rooted in their respective city’s histories. It was a young conductor named Nikolai Sokoloff who led a series of summer concerts in Cincinnati during the summer of 1918 and from there was engaged to come to Cleveland, eventually becoming the first music director of The Cleveland Orchestra in the fall of 1918.

Musicians from both orchestras will continue this early musical connection between the two cities on Monday, May 8 at 7:30 p.m. at West Shore Unitarian Universalist Church, 20401 Hilliard Blvd. in Rocky River. Three players from the Cincinnati Symphony Orchestra will join three players from The Cleveland Orchestra in performing the last concert of the Rocky River Chamber Music Society’s 2016-2017 season.

This highly talented group of Cincinnati and Cleveland players has chosen an interesting and lively program for its May 8 concert in Rocky River. It will include works by Carl Reinecke, Franz Strauss (father of Richard Strauss), Robert Schumann, and concludes with Ernst von Dohnányi’s Sextet in C major.