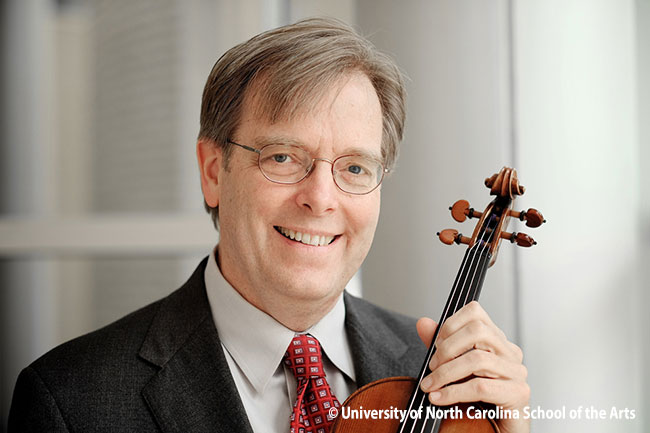 From the shores of Lake Champlain in Burlington, Vermont to the shores of Lake Erie in Rocky River, Ohio the Green Mountain Chamber Players will bring their special brand of chamber music to West Shore Unitarian Universalist Church, 20401 Hilliard Blvd. on Monday, October 9, 2017 at 7:30 p.m. The Rocky River Chamber Music Society is delighted to open its 59th season with a piano trio comprised of three members of the Green Mountain Chamber Music Festival’s artist faculty. These Festival musicians are performers of the highest caliber who work together each summer with today’s top string students from the United States and across the globe.

Kevin Lawrence, violin, is the founder and artistic director of the Green Mountain Chamber Music Festival. He has performed on all the major concert stages of the United States and Europe. The Times of London praised him for his “vibrant intensity,” and the Cleveland Plain Dealer called his playing “supremely convincing in its vitality.” Lawrence has issued three CD’s and is currently chair of the string department at the University of North Carolina School of the Arts. Brooks Whitehouse, cello, is also on the faculty of the UNC School of the Arts and has performed chamber music throughout the United States and abroad. He has held Artist-in-Residence positions at several universities and as a member of the Guild Trio he has won numerous competitions and awards. Pianist Clara Yang has performed on notable stages in New York, Beijing, the Netherlands, Spain, and Australia, as well as at many universities and conservatories. She is an avid chamber musician and a sought-after teacher who is currently on the piano faculty at the University of North Carolina-Chapel Hill. The Green Mountain Chamber Players will perform music by Beethoven, Brahms, and a Cleveland Premiere of Evan Chambers’ A Hundred Ways.

As is true of all concerts presented by the Rocky River Chamber Music Society, there is no admission charge, and all are welcome. For further information call 440-333-4296 or email us at info@rrcms.org.