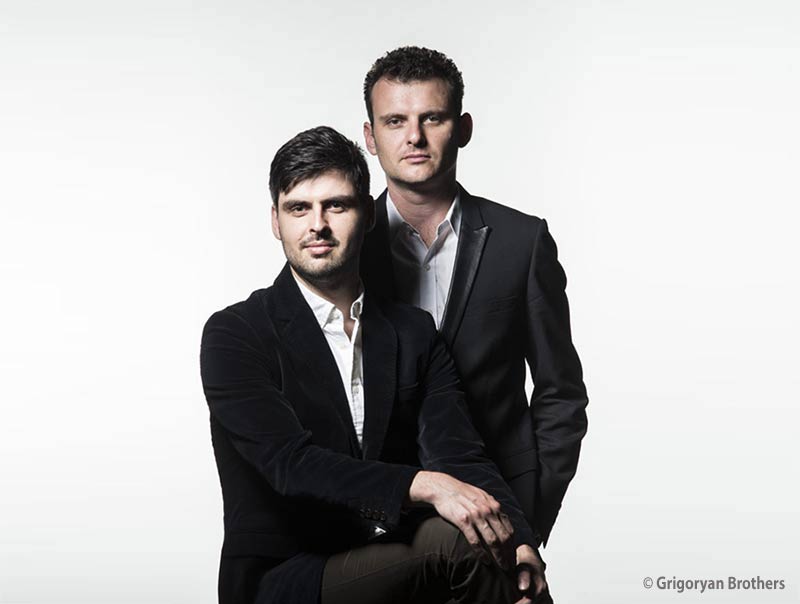 On Monday, May 9, 2022 at 7:30 p.m., the Rocky River Chamber Music Society will have the pleasure of presenting the Grigoryan Brothers Classical Guitar Duo. Slava and Leonard Grigoryan hail from Australia. They have enthralled audiences from around the world with the energy of their performances and breadth of their repertoire.

The Grigoryan Brothers’ Classical Guitar Duo has been performing professionally as a duo since Leonard was four years old. Slava and Leonard Grigoryan emigrated with their family from Kazakhstan in the early 1980s to Australia. Their partnership has taken them around Australia many times. They have also performed in Russia, Austria, Estonia, Japan, South Africa, the United Arab Republics, and in 2006 made their debut in London’s Wigmore Hall.

Regarded as Australia’s finest guitar duo, the Adelaide Review noted that “the Grigoryan Brothers’ name is shorthand for “a master of the guitar.’” Their repertoire runs the gamut of classical guitar compositions including Vivaldi, Bach, Handel and Manuel de Falla. They have released several recordings with ABC Classics as well as their newest discs released in 2021, This is Us, a Musical Reflection of Australia.

The Grigoryan Brother’s 2019-20 season included a highly anticipated tour of the United States that comprised the University of Nevada, Las Vegas; The Allegro Guitar Society of Dallas, Texas; and the Fort Worth Classical Guitar Society. The New York Times lauded the Brothers’ “Guitar playing of uncommon originality, musicality, expressivity, and daring.” The Courier Mail exclaimed, “The Grigoryan Brothers have a reputation of performing together so emphatically they become extensions of each other.”

The Rocky River Chamber Music Society has been delighted to continue its 63rd season, and next fall will welcome its 64th season. At this point in time, all pews in West Shore Church will be used and the decision to wear a mask will be a personal one. There will be both a live audience, and live streaming for those at home. Donations are always welcome. For further information email us at info@rrcms.org, or follow RRCMS on Facebook and Twitter.