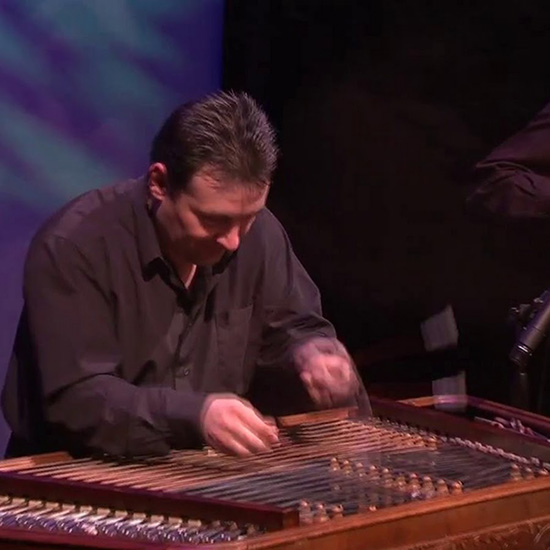 Though he has appeared as a guest artist and substitute for The Cleveland Orchestra, Alexander Fedoriouk has worked with many other types and sizes of musical groups primarily as a soloist or chamber music player. He has been heralded as one of the greatest cimbalom players in North America, who is also known as an accomplished percussionist, woodwind player, accordionist, and instrument maker. His discography includes The Art of the Cimbalom, Crossing Paths, and Cimbalom Traditions. He grew up in Ukraine, and received a degree from Kiev State Conservatory. Reviewers have claimed, “Fedoriouk can play with a speed that is barely comprehended!”

The Rocky River Chamber Music Society remains firmly committed to presenting concerts to Northeast Ohio audiences at no admission charge. All are welcome. For further information call 440-333-4296 or email us at info@rrcms.org.