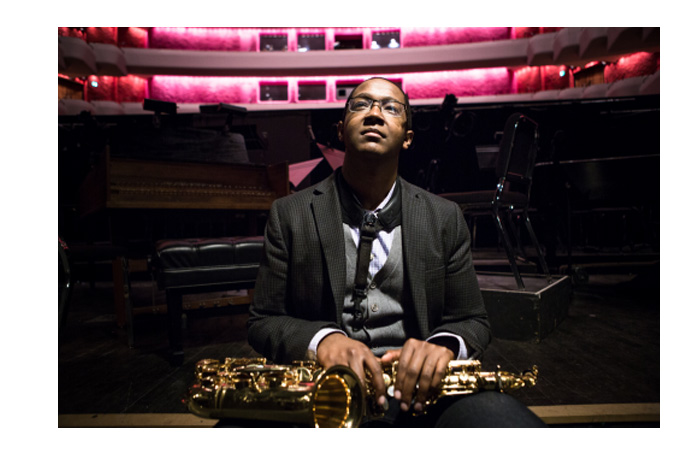 Due to the ongoing pandemic, this will be a virtual concert performed by Steven Banks, saxophone virtuoso and Xak Bjerken, piano, in the outstanding acoustical environment of West Shore Unitarian Universalist Church. The audience will be at home viewing and listening to the concert on either Facebook Live or YouTube. Access to the concert will be available by using one of the following links shortly before the beginning of the concert on February 15, 7:30 p.m.

Recognized for his “glowing mahogany tones” and “breathtaking performances,” Steven Banks captured First Prize at the 2019 Young Concert Artists International Auditions. He has performed with symphony orchestras across the United States, including The Cleveland Orchestra, under such conductors as Franz Welser-Möst and Jahja Ling. Currently Steven Banks serves as Assistant Professor of Saxophone at Ithaca College. Xak Bjerken, professor of piano at Cornell University, has performed on stages in the United States, Europe, and Asia, and has recorded for Chandos and Albany Records.

Steven Banks, Come As You Are
tenor saxophone and piano

In this its 62nd season, Rocky River Chamber Music Society remains firmly committed to presenting concerts to Northeast Ohio audiences at no admission charge. All are welcome. For further information email us at info@rrcms.org.